What is a Gummy Smile?

The gummy smile is the excess exposure of the gum when smiling. There are several causes and therefore several treatments depending on the cause.

When is it necessary to do Orthognathic Surgery?

In cases of larger gummy smile, more than 3 mm, and especially if it is associated with lip incompetence (the lips do not touch at rest without having to contract the chin) and a retruded jaw, the ideal solution is orthognathic surgery. In these cases, the upper jaw is repositioned upwards, the amount of mm that we want to reduce the gummy smile. It is also usually associated with a forward movement of the maxilla, the mandible and often an anticlockwise rotation of the maxilla and mandible.

Another cause of a gummy smile is a hypermobile and short lip. This is a patient who has very powerful lip muscles, which makes the lip rise more than normal when smiling, showing too much gum. In this case it is essential to measure the length of the lip to know if it is short or normal. Hypermobile lips that cause a gummy smile can be treated by weakening the orbicularis oris muscle with neuromodulatory toxin (Botox®).

As you can see, it is not so easy to know the best way to treat a gummy smile without having assessed all these parameters. During your visit, we will assess the best treatment option for your gummy smile and we will explain the advantages and disadvantages of each option.

Why have an operation at Birbe Clinic?

We are specialists in designing faces and smiles.

At Birbe Clinic we have a great team, mentored by Dr. Joan Birbe, with more than 20 years of experience treating patients; always up to date with news and selecting the innovations that really bring improvements to our treatments. As in the case of virtual simulations of facial surgeries, intraoral scanners, customization of facial prostheses, the use of the microscope, etc.

Our priority is to achieve excellence in treatment. All this with a personalized, honest and trustworthy treatment. In addition, our facilities offer maximum hygiene, sterilization and comfort.

Find out what they think of us!

«I went to the Birbe Clinic on the recommendation of two colleagues due to jaw and maxilla problems, my teeth did not fit properly, and I also had a gummy smile. After the first visit with Dr. Birbe and his study as an orthodontist, the confidence they transmitted to me and the good feelings, I decided to start the treatment in January 2015. The treatment consisted of a first phase of orthodontics and a second in the I had to undergo a bimaxial orthognathic operation. After 17 months of orthodontics, I was already prepared for the intervention and in May 2016 the great moment arrived. The operation consisted of a bimaxillary orthognathic, a mentoplasty and a rhinoplasty, everything went very well, but I admit that the first two postoperative weeks were very hard. It has been two months since the intervention and I have already noticed many changes, both aesthetic and functional, which was the main problem, and I lead a normal life. I know that there may still be changes, because until the calendar year of the operation is normal, but in general I am very happy. I take this opportunity to thank the trust and affection transmitted both by Dr. Birbe and the nurses, Susana and Cristina, and all the girls at the clinic. They are a super professional team.»
Irene del Pozo Páez ⭐⭐⭐⭐⭐Gummy Smile

We help you carry out the intervention you need

After a rigorous evaluation we will offer you a personalized and closed estimate with all the necessary forms of payment and financing, so that you can carry it out. 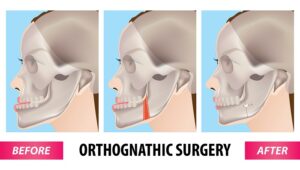 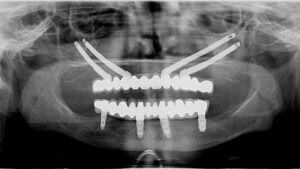 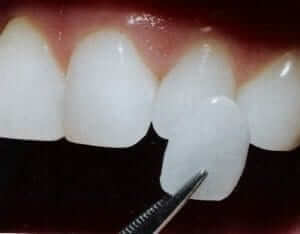 Outside of our business hours you can send us a WhatsApp or a form and we will answer you as soon as possible. Being located in Barcelona, ​​we receive patients from all over the national and international territory.

During your first consultation we will provide you with: